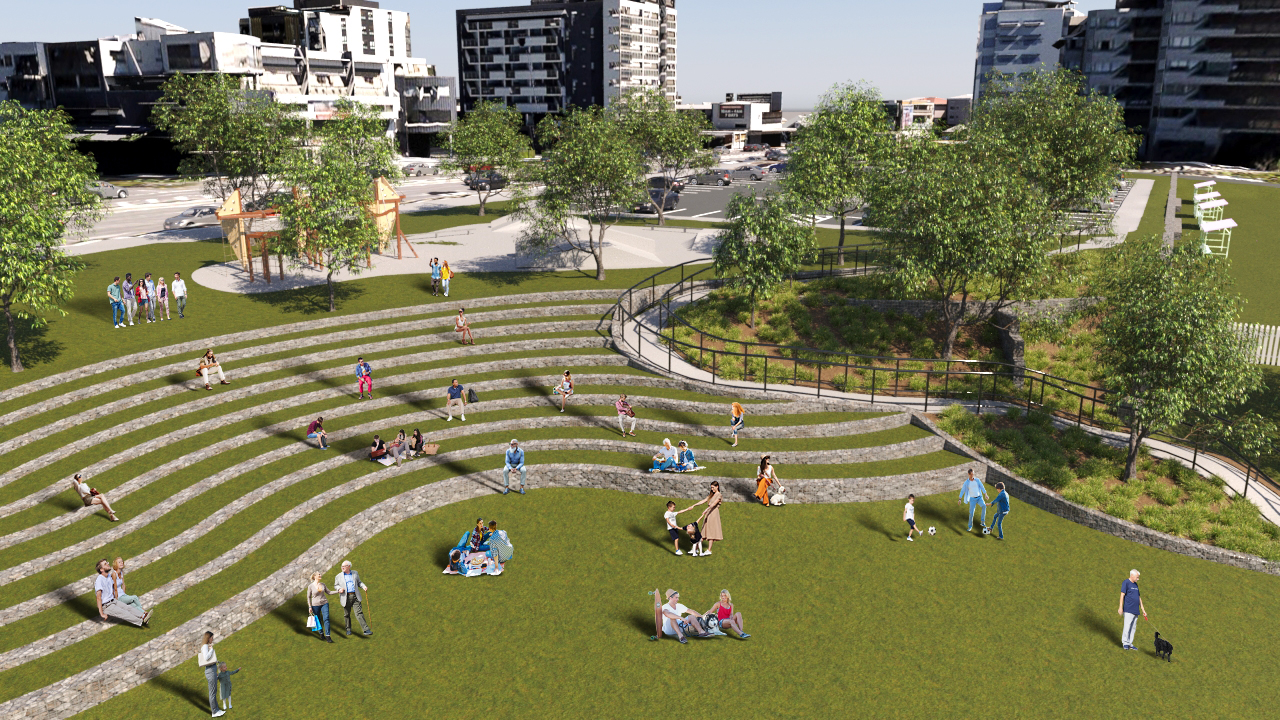 One of Brisbane’s most picturesque pieces of riverfront land will be converted from a carpark to a public park following an extensive consultation process with local residents.

Environment, Parks and Sustainability Civic Cabinet Chair Tracy Davis said the final plan for Mowbray Park will ensure the historic venue becomes one of Brisbane’s most idyllic destinations in the future.

“Mowbray Park, on the banks on the river at East Brisbane, is an incredibly beautiful location that residents have been enjoying for almost 120 years,” Cr Davis said.

“Many years ago, people used to swim at the park’s public baths while the boat shed and croquet club, which were built in the years after this amazing property was handed over to the public at the turn of the last century, remain.

“However, it is clear Mowbray Park can be better utilised so we’ve asked locals how they’d like to see it improved through two rounds of community consultation.

“The strong response from residents was that they wanted to see more space for picnics, barbecues and recreation and that’s precisely what our plan will deliver.

“Brisbane has an incredible river that residents love to visit and our plan will deliver a much-improved riverfront destination at this historic site.”

Under the Final Concept Plan for Mowbray Park, the existing car park will be shifted from its current location near the riverbank with this area converted into additional greenspace with covered barbeque/picnic facilities.

The carpark will be shifted to a more appropriate location next to busy Lytton Road on the site currently occupied by the former East Brisbane bowls club, which has not been used for bowls in over a decade.

A multi-use parkour space, garden beds and greenspace will also be introduced into this part of Mowbray Park, along with new terraced seating.

Along with over 4500 sq m of additional park area, the Final Concept Plan for Mowbray Park includes upgraded playground equipment, creative lighting for night activities and a new pedestrian connection to Eskgrove Street.

A heritage-style bandstand with river views will also be reintroduced, which is certain to become one of Brisbane’s most sought-after wedding destinations.

“We want more greenspace, not car parking space, on the Brisbane riverfront and that’s what our plan will ensure,” Coorparoo Ward Councillor Fiona Cunningham said.

“When the planned upgrade of the ferry terminal is complete, Mowbray Park will become a destination that will rival the likes of New Farm Park which attracts residents from right across Brisbane.

“It is important to point out, however, that accessible parking bays near the terminal will remain.”

Under a new agreement, Backbone Youth Arts will begin shifting to this new home from February and manage a number of the creative spaces at the Hub, providing access to other creative groups.

“Backbone is excited to be moving to a new home at Seven Hills Hub,” a Backbone spokesperson said.

“Backbone will be managing a number of creative spaces and look forward to activating the hub with and for the local community.”

For more information on the Mowbray Park Vision visit brisbane.qld.gov.au or call Council on 3403 8888.